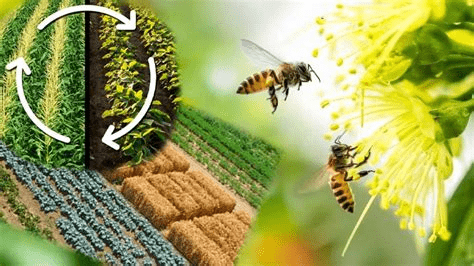 U.S. Representative Chellie Pingree’s Agriculture Resilience Act would incentivize and support farmers to address the climate crisis in the face of USDA inaction.

“It’s definitely the biggest, most comprehensive climate and agriculture bill that’s been introduced, just in terms of its sheer scope, addressing everything from research to conservation to energy to food waste,” said Ferd Hoefner, senior strategic advisor to the National Sustainable Agriculture Coalition (NSAC).

The bill’s approach overlaps significantly with Senator Cory Booker’s Climate Stewardship Act in its boosting of existing farm conservation programs, but instead of pairing agriculture with forestry and wetland conservation, it homes in on food production.

First, the Act lays out 12 goals to meet over the next 20 years and directs the U.S. Department of Agriculture (USDA) to develop a plan to reach them. In addition to net zero, the goals include restoring at least half of lost soil carbon, reducing greenhouse gas emissions from ruminants (i.e., cattle, sheep, and goats) by at least 50 percent, tripling on-farm renewable energy production, and reducing food waste by at least 75 percent. Hoefner, who also consulted on the legislation, called the goals “achievable but aggressive.”

Six subsequent sections address research, soil health, farmland preservation and farm viability, pasture-based livestock, on-farm renewable energy, and food loss and waste. When it comes to research, the bill would add climate change adaptation and mitigation to various existing programs as a priority focus. On soil health, many popular farm bill conservation programs get supercharged: Funding for the Conservation Stewardship Program (CSP), for example, would more than quadruple by 2024. And some changes go beyond the farm, like establishing firm labeling standards for animal products making environmental claims such as grass fed.

One thing the Agriculture Resilience Act does not do is enact regulations, however. So while it could incentivize more sustainable practices, it’s unlikely it would result in any major, immediate shifts in production methods.

Typically, a bill of this kind is not introduced with the expectation that it will move forward intact. Instead, it offers a template for programs that can be incorporated into other legislative packages. Representative Pingree told Civil Eats that pieces of the Act may be used during the next appropriations cycle (when funding for programs gets allocated) or in the next farm bill. But her eye is mainly on the potential for “comprehensive climate legislation.”

The House Select Committee on the Climate Crisis is scheduled to publish policy recommendations for congressional climate action at the end of March—and many hope those recommendations will begin that process. “One of the reasons we made it this big, comprehensive bill is because we’ve spent an awful lot of time researching and talking to people [about agriculture and climate change],” Pingree said. “We wanted to get the factors that we thought were most important all in one place [for the committee].”

The legislation also comes a week after Secretary of Agriculture Sonny Perdue unveiled an “Agriculture Innovation Agenda” with a stated goal to increase production by 40 percent while cutting “the environmental footprint of U.S. agriculture” in half by 2050. The agenda, while vague, includes mentions of “enhancing” carbon sequestration and reducing fertilizer pollution loss in watersheds.

As he introduced the agenda at the USDA’s annual Agricultural Outlook Forum, Perdue notably avoided the use of the term “climate change.” He talked more about how agriculture was getting things right than about what needed to change to help farmers meet the climate challenges ahead, pointing to “improved productivity,” a decline in soil erosion, and a drop in methane emissions per gallon of milk.

Under President Trump and Perdue so far, the USDA has deprioritized discussions of climate change and buried climate research; Trump’s latest budget also proposed eliminating the Conservation Stewardship Program, which pays farmers to use practices that protect water and reduce emissions on working farms. Meanwhile, the U.S. Environmental Protection Agency (EPA) has rolled back multiple regulations on pesticide use, concentrated animal feeding operation (CAFO) emissions, and water pollution from farms.

While it’s unclear whether the USDA plan will lead to real action, some legislators (including Pingree) and environmental groups say it still marks a meaningful shift in the conversation. With the Agriculture Resilience Act, Pingree is ready to engage. “I think [the bill] establishes a roadmap that under the right political circumstances could be very consequential,” Hoefner said.

Civil Eats spoke with Pingree earlier this week about the bill and the future of climate and farm policy.

Why introduce such a big package of programs all at once? 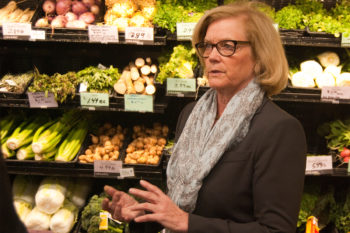 Whether you’re looking at it from the climate change perspective and worried about how little action is being taken, overall, to reduce carbon in the atmosphere, or from the farmer side, [and you] want to be engaged in this but need some support to be able to do it—it just seems like the right time to be moving forward with a roadmap for climate action on farms.

The goals are very ambitious. Do you feel like they’re achievable?

They’re 100 percent achievable if, starting now, we’re all focused on this effort. I don’t know how long before Congress allocates some funding to move forward on the policies. I don’t know how quickly the USDA will act. But truthfully, there’s a lot more interest in this issue and in related issues in the last couple of years, including from traditional agriculture groups, from the USDA, from commodity groups. I think there’s a much broader recognition that things have to change and that farmers need support to be partners in all of this. So, we thought it was important to set ambitious goals and do our best to push people to meet them.

You mentioned the USDA’s new plan to address agriculture’s environmental impact. You applauded that agenda, but many of the administration’s actions have moved in the other direction. Do you think the agency is ready to put resources into helping farmers address climate change?

Well, we’re going to find out. I was pleased to see the USDA both bring up the topic and set up some goals. I’m on the Agriculture Committee and the Agricultural Appropriations subcommittee. And from people inside the USDA to Sonny Perdue, we’ve gotten some good answers out of them about recognizing farmers’ ability to sequester more carbon and the need for the USDA to be a stronger participant, whether it’s technical assistance to farmers or helping set up carbon market that farmers could participate in and a roadmap for climate action on farms .

One of my other committees [Interior Appropriations] has oversight of the EPA, and it’s been extremely frustrating to watch one policy after another going in the wrong direction. So, I’m frustrated with this administration that seems to have no recognition of what we’re facing in this country.

I’m just gonna encourage [the USDA] to do all they can, and say, “If you want to move forward on climate adaptation, here’s a plan.” We don’t have to talk abstractly anymore. We have good ideas right in front of them.

I was surprised to see pasture-based livestock had its own section—separate from soil health. Why?

I wanted to keep that separate because there’s been a lot of focus on this idea of: Is the problem with agriculture all about meat?

Everybody who doesn’t really understand climate change but wants to do something about it, says, “Well, you’ve got to plant a tree and stop eating meat.” The problem with simplifying it in that way is that if you plant trees everywhere, we’re going to lose a lot of our valuable agricultural land, and most people don’t understand that you can sequester carbon in the soil just like you do in a tree. So there’s a valuable natural process there.

And just eliminating meat doesn’t necessarily fix all of the problems. You can make a soy burger that actually has a huge impact on the environment if you’re ripping down the rain forests of Brazil, growing it there, and shipping it here. We wanted to make that clear.

We also want to make it clear that pasture-based livestock farming is a really important way to build organic matter in the soil. I think a lot of people don’t understand that agriculture is meant to be this well-rounded system, and that’s our whole point here: If we do things right, we can have a positive impact on the climate, not make farmers into the villains.

Farm viability in an economic sense doesn’t get talked about much as related to climate change, but it’s in the bill. Why?

Number one, we can’t afford to lose any more farmland if we want to continue to capture carbon in the soil. Because once the farm is gone, chances are you’ve turned it into housing, streets, any number of things. And then you’re producing more carbon, and you’ve lost the ability to capture that carbon.

It’s kind of a basic concept, but I’m surprised how little most of us even take that into consideration. A lot of [farmland] is going to be changing hands in this generation; the average age of our farmers is over 60. Increasingly, when farmers get into challenging situations, whether it’s drought or markets or trade issues, they end up selling to hedge funds and private equity funds. And they have less control over what’s going to happen in the future. And so we’re really looking at: How do we pass farmland onto another farmer? How do we make sure there is capital available? Is this roadmap for climate action on farms?

Opponents will say: “It all sounds very expensive. How will we pay for it?”

We’ve tried our best to keep a lot of the things within USDA’s existing programs, ones that we already know work, and we know how they could be improved with more funding, more staffing, more technical assistance. The truth is, as we look into the future of dealing with climate change and climate resilience, we’re going to spend money. Whether it’s changes to the way we build buildings or to our transportation system, there’s going to be an investment made. [It’s not clear yet] whether that will come from a cap and trade system, or something else, or it’ll just be a direct investment where the country says, “We’re in trouble—we gotta do something about it.” I wanted to make sure that agriculture was at the table for a roadmap for climate action on farms.

Disclaimer: Podcasts are voluntarily shown on a limited time only to make our points of view. Voice broadcasting objections by mail to Wisdomvision LLC Box 3707 Stateline, NV 89449-3707