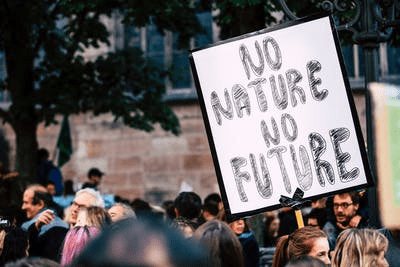 What is climate crisis and why is it happening?

The long-term change in the average climate of a place, which can range from a few decades to millions of years, is called climate change.  Climate change depends on various regulators such as biological processes, changes in solar radiation adopted by the earth, volcanic eruptions, etc. However, in today’s world, global warming is better known as the climate crisis. Climate change has become a major crisis for the whole world. Some of the leaders of the Extension Rebellion on the Climate Crisis say billions of people will die in the next few decades from the worst effects of climate change.

When we try to make a projection of future climate change, we have to face three big uncertainties.

Climate depends on several natural processes. They are:

The biggest cause of the climate crisis is global warming. Climate change is causing sea levels to rise and the world is constantly facing disasters. Atmospheric temperatures are constantly rising due to factors like the greenhouse effect. When the earth’s temperature is too high, the ice is melting and the sea level is rising. We will know the details later. Read more about weather control in the USA and China

Depletion of the ozone:

There is an invisible layer called the ozone layer in the Earth’s atmosphere. Which prevents the sun’s harmful ultraviolet rays from entering the earth and by the process of radiation, it helps the heat from the earth return to space. But CFC gas caused by human work damages the ozone layer. More details we will know a little later.

Not just any particular country or people but people all over the world are facing the harmful effects of climate change.

The UN Intergovernmental Panel on Climate Change, in report, fears that sea levels are rising too fast. On the other hand, the UN panel of scientists has warned that as a result of various human activities, the sea level is rising and the ice is melting faster than ever before. At the same time, different species of animals are changing their habitat. Scientists say the level of carbon emissions is rising as the ice cover disappears. As a result, the situation is becoming dangerous day by day. In short, sea surface temperatures are rising rapidly and this is having an impact on the animal kingdom around the world. Glaciers in the Andes, Central Europe and North Asia are said to be 80% ice by 2021. Glaciers in Central Europe and North Asia are expected to melt 80% by 2100. The ice of Greenland and Antarctica are also melting.

Drought and outbreaks of insects:

In the United States, a condition is considered a drought if it does not receive 6.28 millimeters of rain in any 24 hours for 30 days or more. Drought is the cause of famine. Climate crisis results in drought. And it brings insect infestation and crop destruction. Drought lowers the groundwater further.

Scientists say California’s wildfire connection to climate is clear. Global warming is playing a clear and widespread role in the burning of wildfires. California is at the highest risk of fire since the beginning of climate crisis. The new study was led by Matthew Jones, a professor at the University of East Anglia. The governor of California has blamed climate change for the wildfires. Climate warming has increased this fire tenfold. We can similarly blame climate change as the cause of wildfires in the Amazon and Australia.

Climate change is causing rainfall and temperature changes’ which is directly affecting agricultural production. Soil quality is deteriorating and is changing to a large extent which has made crop production difficult.

Forests and wildlife in climate crisis:

Global warming is having a direct impact on human health. The number of deaths due to heat will increase. Infectious diseases are spreading. Public health infrastructure is being damaged.

Climate change and the United States

Climate change is not a distant problem for future generations, but the dangers posed by climate change are touching the lives of Americans every morning. The historic summer fires, cyclones, floods, heat waves and storms are the proof of this. These crisis are becoming more frequent and intense as global temperatures rise.  Most leaders see these dangers as critical to American security and prosperity they are taking immediate action to combat the threat. But Trump has done the opposite since he became president, ignoring warnings from senior military intelligence leaders and calling climate change a hoax. For all these reasons, global warming in America has left a effective impression.

The problem is getting worse day by day so it will not be possible if it is not fixed now. The Trump administration’s policy of emphasizing industrialization by pointing the finger at natural balance will in a few years increase the amount of American losses to billions of dollars, which could exceed the total annual income of the United States.  Just when the climate problem was serious, Donald Trump withdrew from the Paris Agreement and said that in the name of this agreement, other countries are benefiting from the US. As a result of the climate crisis, once a lot of heat is coming, then another severe winter is coming, it is like a counter game.

Now the question is, what is the relationship between this hotter and colder? In the name of modernity, we are forgetting the relationship between interaction and adaptation. Our isolation from the environment can no longer be increased. We need a timely leader to solve this problem before it is too late. Incumbent President Joe Biden must keep pace with the world and take the necessary steps to address climate change. Its steps must be taken with a firm hand to reduce the risk to the American mainland.

It’s not just a matter of believing in what we see with our eyes. We can see where this globalization is taking us by looking at the heat in the cities. Each element of nature is related to one another so we must not disrupt its normal course. To us America is limited to one area but to nature America is just one place. So we have to keep pace with other countries in this regard.

What to do to deal with the climate crisis

Not by conquering nature, not by destroying the environment, man has to keep pace with the environment and follow the laws of nature. To understand what a climate crisis is, people must first understand what the climate is and how it relates to our actions. The universe is running through simple rules that must be obeyed in order to survive. We are already living through the effects of man-made global warming. Climate change is not a distant problem for future generations. The dangers of climate change are constantly affecting the lives of all Americans. The historic wildfire of summer, cyclone, and floods are the result of climate change. Many experts also see coronavirus as a result of this crisis. These crises are intensifying day by day.  Let’s take a look at what we can do to survive this threat.

Reforestation should be done as soon as possible to prevent deforestation. Forests need to be created which will reduce the excess carbon in the environment as well as act as a shield against cyclones. We need to take more drastic steps to reduce climate change.

Nothing excessive in the world brings good results. Maybe it’s artificial or natural but the results are same. For example, if there is excess rain, there is flood, if there is no rain, there is drought. Everything should be in balance. Only then will nature be able to continue in its normal way. The same thing applies with greenhouse and carbon dioxide. Carbon dioxide contributes just as much to oxygen as to the survival of life on earth. The existence of this gas in equilibrium is extremely important for the earth. But the current world is moving away from this equilibrium.

Simply put, a greenhouse is made with a transparent lining. Low frequency reflected rays cannot pass through this transparent lining. Which causes the temperature to rise. Now if I imagine all over the world as a greenhouse then carbon dioxide creates those lines. The primary greenhouse gases in the Earth’s atmosphere include water vapor, carbon dioxide, methane, nitrious oxide, and ozone. With the rapid development of civilization, the rapid growth of these gases is becoming a curse for the world. The name of this curse is global warming.

This very simple greenhouse process has become a cause of terrible danger for the earth. Although there are multiple greenhouse gases in the atmosphere, carbon dioxide acts as the main regulator of global warming. Greenhouse gases can absorb heat so that a large portion of the heat from the earth cannot be distorted. As a large amount of heat is trapped in the earth by these gases as a result the earth’s temperature continues to rise.

The average global surface temperature with greenhouse gases would be -18 degrees Celsius which is currently 15 degrees Celsius. If the current rate of greenhouse gas emissions continues, it will have a devastating effect on various animals and humans, including ecosystems and biodiversity, by 2047. This is the main cause of the climate crisis. Since the ozone layer helps in radiation but this greenhouse is a gas that destroys the ozone layer. Yet this problem deserves to be solved.

Goodwill, awareness, thinking about the environment at the policy-making level, being aware of the use of reasoning, these things are the primary cure for reducing the impact of the greenhouse. In addition, the protection of forests, the imposition of large-scale industries on carbon emissions, as well as pricing taxes, etc. may be the more urgent measures. There is no benefit in just blaming the leaders. In greening, everyone has to come forward. Every person has to take the field to tackle the climate crisis on an individual level. Read more about the climate crisis from UN.org.