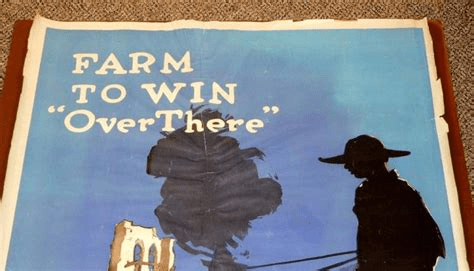 During the war, agricultural production in South Africa received a major stimulus as a result of increased demand inside the country and a growing export market. The war had reduced the role of foreign competition as agricultural production in Europe was severely disrupted during the war years. The value of South African agricultural exports increased by 62 percent. (Grundlingh: 1987: 156). This growth was of benefit to White farmers only, and only those who had the capital resources to take advantage of the boom conditions resulting from the war years. It simply confirmed a growing trend towards large-scale capitalization of South African agriculture that had already begun in the years following the discovery of minerals and in the period following the Anglo-Boer War of 1899-1902. In this process, it was poor White and Black farmers who were disadvantaged by the war.

Combined with the impact of the 1913 Land Act and the increased demand for cheap labor on farms, black squatters faced increased pressure in the form of taxes, rents, evictions, and access to land. White farmers increased their petitions to the state to introduce measures that would intensify the application of those provisions of the 1913 Land Act aimed at eliminating what remained of an independent Black peasantry through sharecropping. The persistence of African sharecropping undermined the farmer’s need for labor as it enabled Black farmers to resist the process of becoming wage laborers was some of the impact of the war on farming .

While the period 1870 -1920 saw the fundamental transformation of agriculture from small-scale individual producers to large-scale capitalist enterprises, the process itself was uneven throughout the country. The wide regional variation in the nature of production, labor and market conditions, as well as class differentiation among White farmers, was reflected in the different forms of political orientation among them. In the Cape and Natal dominated by the wine and sugar producers, the commercialization of agriculture was well-advanced by the beginning of the twentieth century.

There, political affiliations of farmers tended to coincide with mining and commercial capital. In the Orange Free State (OFS, now Free State Province) and the Transvaal (now made up of Gauteng, Limpopo, Mpumalanga, and the North West provinces) agriculture was still dominated by rent landlordism, rather than commodity production up to the end of the Anglo-Boer war. The capitalization of agriculture only really developed after the formation of the union. In the OFS capitalization of agriculture was hindered by the survival of a prosperous African peasantry, and it is not surprising that it was J. B.M Hertzog who was the driving force behind the legislation of the 1913 Land Act. When the National Party (NP) was formed in 1915, most farmers in the OFS left the South African Party (SAP for the National Party.