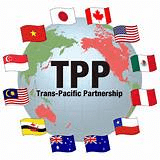 “It is not surprising that the leaders will not be able to announce a deal despite all of the hype to the contrary leading up to the summit. Public and parliamentary opposition in some TPP countries has continued to grow as the true nature of the “trade – offs” in public health, financial stability, Internet freedom and more being demanded for this deal has emerged, forcing continued deadlocks on many of these issues.

But that they may admit there is no deal, despite the hype built up pre – summit, reveals the growing domestic political blow back against the TPP that the leaders are now trying to manage. At the last Trans-Pacific Partnership Summit in 2011, the leaders announced a breakthrough when they did not have one. Since then, opposition to the very notion that closed door “trade” negotiations with 600 official corporate advisors should rewrite wide swaths of 12 countries domestic laws has only grown in the U.S. and in other TPP counties.

Perhaps the most lasting effect of Obama not attending the summit due to the government shutdown is that it reveals there is little chance that this Congress will delegate its constitutional trade authority to grant Obama the extraordinary Fast Track powers he says he needs to finish Trans-Pacific Partnership and that other countries want in place to ensure Congress is handcuffed before they make concessions that could cause them political woe at home.

Trans – Pacific Partnership at APEC: What End Game? (No End in Sight…)

On November 12, 2011, the Leaders of the nine Trans-Pacific Partnership countries … announced the achievement of the broad outlines of an ambitious, 21st century Trans–Pacific Partnership (TPP) agreement…” Wait? Wasn’t that the much – hyped goal of this leaders’ summit two years later? Until recently, USTR Michael Froman was declaring that the TPP was in its “end game.”

Except for there is no text agreed for major swaths of at least three of the pact’s 29 chapters.

There are multi – year deadlocks on a long list of controversial “behind the borders” an issue in a dozen other chapters – one chapter has 300 “brackets.” (Brackets mark disputed text.)

There are no deals on any of the controversial market access issues – from sugar and dairy to textiles/apparel and autos, in part because the most basic question remains contested: how will the Trans-Pacific Partnership relate to the more than 30 bilateral trade pacts already existing between the parties? And, as details have leaked out about the draft texts that have emerged from three years of extremely secretive negotiations, political opposition is building in several TPP countries among parliamentarians, powerful professional associations, business sectors, unions and the public. Signatory countries would be required to conform all of their domestic laws to the TPP terms.

Entire patent section of IP chapter and text on medicine pricing rules both deadlocked A U.S. proposal that would deliver on Big Pharma’s demands for extended patents, data exclusivity and other monopoly powers that raise medicine prices has faced unwavering multi-year opposition by most other Trans-Pacific Partnership countries. The entire patent section of the IP text is in brackets. In another chapter, an Annex cynically dubbed “Annex on Transparency and Procedural Fairness for Healthcare Technologies,” is also deadlocked. This text would allow Big Pharma’s to challenge the decisions of doctors and pharmacologist s who determine the cost – saving medicine formularies of countries’ healthcare systems. These issues have become a major political liability in numerous TPP nations.

Environment chapter at an impasse The text still has 300 brackets – connoting text that is not agreed, which is most of the text. Zero.  Deadlock over the State Owned Enterprises (SOE) text To start with, there is no agreed definition of SoEs! The U.S. has proposed disciplines on SoEs forbidding the use of government resources to subsidize SoE activities within Trans- Pacific Partnership nations. A sizable bloc of nations opposes the U.S. text absolutely. Recently Australia tabled an alternative text altogether. The result: this text is all brackets and no agreement. Zero.

United opposition to the U.S. demand that Trans-Pacific Partnership ban the use of capital controls With the IMF now endorsing the usage of capital controls as a legitimate policy to avoid floods of speculative capital that cause financial crises, it is not surprising that there is united opposition to the unbending U.S. demand that Trans-Pacific Partnership include a ban on countries’ use of various common – sense macro – prudential measures, including capital controls and financial transaction taxes. Zero.

Deadlocks over various aspects of controversial “investor – state” private corporate enforcement of Trans-Pacific Partnership Australia’s newly elected conservative government has reiterated that it will not be bound to the Investor – state enforcement system, which elevates individual corporations to equal status with sovereign nations in order to enforce privately a public treaty by demanding compensation from governments before panels of private – sector attorneys for government actions that undermine expected future profits. Japanese Prime Minister Abe’s Liberal Democratic Party parliamentary majority has set as a condition for Japan’s TPP participation that the deal does not include investor state enforcement.

Other Trans-Pacific Partnership nations oppose the U.S. demand that government natural resource concession, private – public -partnership utility management contracts and procurement contracts be subject to such extra – judicial processes. Key text remains in brackets with respect to both the substantive rights which investors would be granted and the enforcement system.

Zero Negotiations on sensitive Market Access issues not even started  Japan’s parliament has listed five “sacred” commodities – rice, beef and pork, wheat and barley, sugar and dairy – that it demands be excluded from Trans-Pacific Partnership rules zeroing out tariffs. Other Trans-Pacific Partnership countries insist that no sector can be excluded. The rules of origin – how much of a product’s value must come from Trans-Pacific Partnership countries have not been agreed for sensitive sectors such as  apparel / textiles, autos and more, so actual tariff – cutting negotiations have not started on these products. Battles over sugar, dairy and more remain unresolved. Zero.

Impasse on Copyright Rules Hollywood and recording industry – inspired proposals to limit internet freedom and access to educational materials, to force internet providers to act as copyright cops, and to cut off peoples’ internet access have triggered public outrage and led to a negotiation stalemate. There is entrenched disagreement about whether copyright should be able to keep works of art and literature out of the public domain 70 years after death of the author, with no resolution in sight. Zero.

Negotiations on Currency Disciplines Not Even Started  Despite bipartisan demands in recent weeks by 60 U.S. Senators and 230 Representatives that Trans- Pacific Partnership include disciplines against currency manipulation, talks on the subject have not even begun.