Helps them to profit from the ravishes of population growth, pollution and climate crisis. Their world banks create a need in others to borrow money. How much borrowing has the climate crisis caused? Wars are paid for by government borrowing. Every disaster is followed by vast amounts borrowing. They control the funding for Geo-engineering earth altering experiments.

Who are the wealthiest? They have no need of most of us. The planet population would be far more sustainable at three or four billion, instead of 8 billion. As long as you survive, you’re okay. Whether one dies from their weapons of war, lab made viruses, drugs or from a rigged heath care systems. One’s still dead. 5G is silent killer. Autism in the youngest and cancer from the low- frequency modulations emitted.

They have so much money, they are trillionaires. We never hear about them, because they rather we didn’t know. Family wealth is best kept secret. Lets Elon Musk take center stage as the richest man in the world with wealth in the mere billions. How can they not control and manipulate currencies, commodities and the price of gold.

When they possess the lion’s share. It’s natural that they will do the same with Bitcoin. Buy a majority share then pull out suddenly. Collapse the market. You can’t bring us those crypto markets unless, we are in charge. We’ll crush any opposition to the almighty dollar.

Hundreds of media outlets with the (CFR) Council on Foreign Relations. Imagine being free from this propaganda and misinformation. We can always hope that one day. We will be free to think for ourselves. Find solutions to population growth, avert war and pestilence.

One family has enslaved the rest world. Most are unaware of this enslavement and that’s what wealth can do. Family wealth kept secret influences us all. Their donations influence politicians. Support their causes cost as little as $1000.00 to many millions. Bribery is cheap for them because they only have to print more money. They are the world banks and they hold most of the wealth in the world about 80%.

What if our one family rulers, capitalize on ending individual liberty, freedom and democracy? Making us slaves, in essence? Remember Julian Assange told the truth and look where he is today.

Family wealth kept secret is the key to understanding how the world works. Chaos and calamity creates wealth. Climate change disasters have filled their coiffures. They have in-debt people and governments of the world. From creating conflicts, climate change and pestilence. Brilliant wealth building strategies for this one family and their world banks.

Here is a podcast explanation. 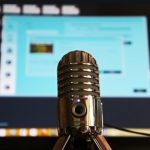