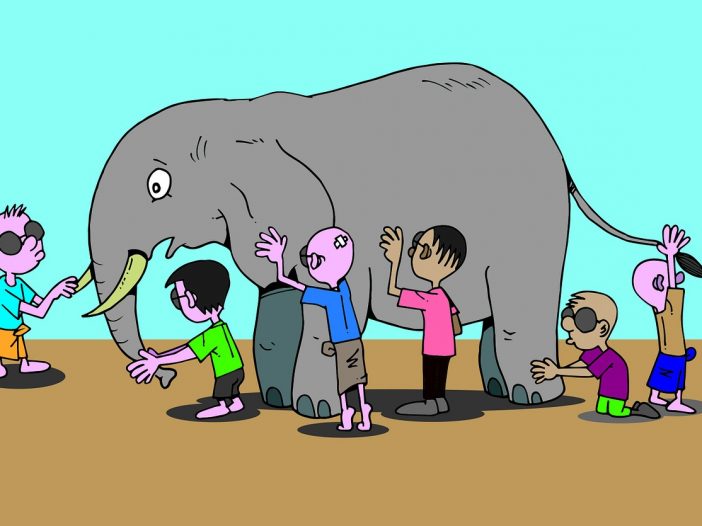 The world seems to be governed by law, but it is not at all. The world system is governed by a group of capitalists or by the wealthy families of the world. Capitalists advertise laws designed for their convenience to hide the world’s attention and divert the public’s attention. Laws that are more business-friendly than people-friendly.

After all the rich families of the world sucked the bones of the simple people and donated bones to them, they donated two-cent worth of vitamin tablets. And then the people started praising the donations of the rich. And this is how the triumph of capital is going on. Law is a weapon invented and used by the rich to control society.

But the common people think that the law is their blessings. To the rich families of the society, the law is as insignificant as dust. Wealthy families are never governed by law. Rather, the rich have the social right to consolidate their parts by law and to enjoy natural resources at will. But everyone should have equal rights over natural resources.

The rich families of the world are talking about creating employment all over the world by occupying the cultivable lands, natural forests, and building a prison for the exploitation of the workers. Where the workers do not get a fair price for their labor. But these rich families make various labor laws to fool the working class. We call a certain territory a state. The government is formed to run the state. The states of the capitalist world form governments through popular vote. Wealthy families of society control the economic mentality of the voters.

And only the members of these rich families win the elections. The government enacts laws at the discretion of the rich families which they promote as public welfare laws. In general, almost all laws in the world are for the welfare of the rich.

So while the world may seem to be governed by law, it is not. Rich families are running the world system.

It can be seen with the naked eye that bureaucrats are running from the bottom to the top of all the states. And these bureaucrats also act as agents of the rich families of the society. But they are the servants of the people.

The lion’s share of the total wealth of the world’s richest families has been acquired by exploiting the people. In a world controlled by capital, the rich are above the law. So the world is not governed by law. The world is run by wealthy families.

As soon as we open the daily newspaper, we see-in all countries, the rich donate more or less money. Some do it out of greed for virtue in the next life, some do it to earn a name in life, some donate to get tax exemption, from this thought. Some people donate from the idea that more money can be earned by naming names.

Ananda Giridhardas, a former journalist of the New York Times, has rekindled an old controversy over whether money laundering is good or bad. In a book called Winners Take All, he claims that what the very rich are doing in the name of opening a charity is nothing but a kind of satire. None of them made money in the right way. They have created a system by using influence and money, which has helped them to become millionaires, many millionaires.

Now they are the ones to change the world again, with the same goal – not to change the world, but to maintain the benefits they have enjoyed for so long. According to Giridhardas, the main problem of the current consumerist system is the unequal distribution of wealth and continued inequality. Just as the wealth of the rich does not diminish their wealth, so does inequality in the world. In the capitalist system, the main tool for creating personal wealth is profit. There is no profit without cheating the workers and consumers. As a result, how can they reduce inequality by using the same system in which they have built a mountain of wealth?

The world is now ruled by a few wealthy families. A handful of billionaires are now ruling the world. The fact that rich people and organizations are doing business without taxes is the biggest issue at the moment. The information that Paradise Papers has revealed is a big problem not only for the United States but for the whole world.

The biggest issue right now is that a handful of billionaires are ruling the world, controlling a significant part of the world economy. Wealthy families are using state resources to increase their wealth and create social inequality. A handful of rich families and wealthy institutions occupy 90 percent of the world’s wealth. The law cannot free the world. Everyone is equal in the eyes of the law, it is not right either. The law is always in favor of the rich. The rich use the law as they please. Most of the rich people in America evade taxes. Not only in America but all over the world.

Ordinary people never get a chance to evade state taxes. Wealthy families and rich institutions established in the society evade taxes. Laws are in their hands.

In the capitalist system, the number of rich to very rich is constantly increasing. If the law had followed the normal rules, this would not have happened.

If we want to stop the rise of social inequality, we must first create up-to-date laws. The bad news is that in the 21st century, we have to think about inequality. The only way is the equitable distribution of state resources, which is possible only in a welfare state. The rich families of society stop the normal pace of the law. The rich make the law suitable for them to use.

The big financial institutions are under the control of the rich. As a result, the common people can’t take loans from there on easy terms. The government is hostage to rich families and rich institutions which is why the government has failed to put pressure on them. The law is created to be used for the welfare of the masses, but the law is being used as a weapon to control the masses. Even though the rich are illegally wealthy, they are never caught in the trap of law.

The rich become rich by taking away the wealth of the poor. Even if a few working people are employed by the rich, the problem of unemployment in the country is not completely solved. The problem of unemployment is increasing. It is possible to solve this problem if the rich families want. But they are not interested enough in solving this problem.

The rich should take the lead in eliminating unemployment caused by the development of technology. But they are not doing that. In the big organizations of the world, there are constant layoffs. The rich heroically violated the rights of the workers by ignoring the labor laws.

What we hear about the rule of law is a hoax. Society and the people of society do not get an immediate solution to the problem by law. However, it was supposed to get it. The rich monopolize people’s faith by advertising their products. Ordinary people are regulated by law. If wealthy families could be controlled by this law then there would be a balanced distribution of state resources. Since it is not possible to control the rich by any law then social inequality increases. Crime is organized.

Wealthy families should come forward to prevent social conflict. The rich want to avoid any social responsibility. And as much as they do social activities, it is only to protect their interests.

The richest families in the world could not get out of the circle of their family interests. Today’s world would be more beautiful if we thought of the welfare of the masses without self-interest. As the rich fail to fulfill their moral responsibilities, social inequality and crime are on the rise. Which is not possible to stop even with the law. Only the rich are responsible for changing society. If the rich are not sincere to the masses, then society and the nation will not be free from the black clutches of inequality.

The law must be given the freedom to move at its own pace. Since there is no real welfare law in the world today, the sincerity of the rich is essential to prevent social inequality. But the rich do not show this sincerity to protect their interests.

So it can be said with certainty that the present world is not governed by law. The world is going according to the wishes of rich families. And as long as the world system continues like this, social inequality will increase and will not decrease.