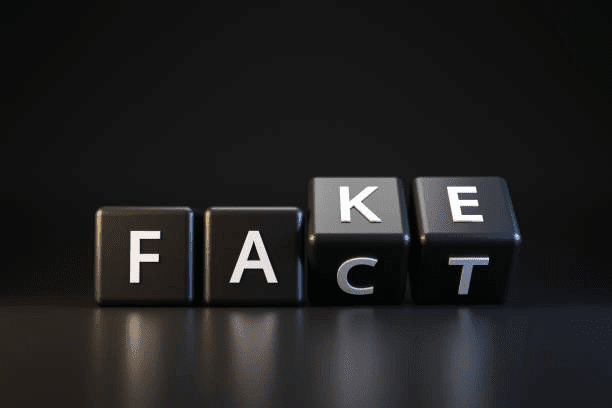 A means of controlling the masses. And, achieving personal gains.

This has been the situation for quite a long time and if we assess the history of the past few decades, it will seem that it was only natural that we use the terms for their point of view. The huge leap made in the sector of social media brought the opportunity to enable collaboration, spread information, and knowledge among the masses.

This boom ushered in a golden age for propaganda and disinformation. Popular social media platforms are regarded as incubators for fake news. A term popularized by the former president, Donald Trump.

Why is propaganda and disinformation, misunderstood? Lets learn about their origins.

Propaganda is defined as, ‘the systematic propagation of information or ideas by an interested party. Specifically, in a tendentious (expressing or intending to promote a particular cause or point of view, especially a controversial one) way, to encourage or instill a certain attitude or response.’

This information can or cannot be impartial.

There is a misconception about propaganda because of its use as a false and dangerous persuasive device throughout history. Contrary to popular belief, propaganda is often based on facts. Facts presented in such a way, that provokes the desired response.

Propaganda as been around for thousands of years. And, has been used by many iconic characters. For example, King Ramesses best known for his battle of Kadesh, manipulated the events of the battle to turn a military failure into an extraordinary victory.

One of the oldest recorded propaganda occurred over four thousand years ago. The term ‘propaganda’ was used first by the Roman Catholic churches.

In 1622 the ‘The Sacra Congregatio de Propaganda Fide’ (The Sacred Congregation for the Propagation of Faith) was established to spread Roman Catholic influence and regulating church affairs over the protestant and non-Christian lands.

The use of propaganda skyrocketed at the dawn of the 20th century. Heavily used by all sides in the First World War in 1914.  Propaganda was used to persuade the population, to trust their cause. For war and to encourage voluntary recruitment. Both sides used posters and films to spread their propaganda heavily. It is this period of the century when the meaning of propaganda started to lean more towards its negative connotation.

The Russians used propaganda heavily to control and regulate their people. The communist propaganda used all the available mediums heavily. These included radio, newspapers, posters, cinemas, arts, and literature, etc. They even created propaganda trains fitted with presses and portable cinemas and always had lecturers along with other staff. Russians aimed their propaganda towards children and youth to groom them into their concept of ‘New Man’.

By the time the second World War started, propaganda had already become an instrument of war.

Nazi Germany created new propaganda methods by adopting the British propaganda techniques and inventing their own. They even had a ministry dedicated to creating and spreading propaganda. Aptly named ‘Ministry of Public Enlightenment and Propaganda’. They were responsible for creating and spreading extreme propaganda which dehumanized the ethnic minorities and created a strong negative emotion against Poland which justified their invasion over there.

The US used propaganda to act against pro-German sentiments and isolationist opinions. Newsreels engaged in psychological warfare against the Axis powers. The Second World War was regarded as the golden age of propaganda.

Disinformation: the deliberate spread of false or misleading information, meant to deceive.

The word is a claque of the word ‘dezinformatsiya’. The term was originally coined by Joseph Stalin. He deliberately coined it so it sounds like a French word. Which in turn would make people think that it had a Western origin.

Disinformation is often used to manipulate the masses. Whether by supporting false conclusions or by discrediting conflicting information. Sometimes the truth and lies are mixed. In such a way it is really hard to discern between the two.

Disinformation is widely used by many countries to attain their goals. Disinformation can be very powerful when applied. Often used for espionage. Rarely discussed.

Disinformation flourished during the cold war. Both by the US and the Soviet Union. Throughout the Cold War, the U.S. and USSR engaged in a competition of fictions, in efforts to generate ideological support both domestically and internationally. To counteract the widespread Soviet disinformation, the US created the Active Measures Working Group (AMWG).

Social media is a key platform for spreading propaganda and disinformation.

During the modern age, social media has gained prominence and has become the most important piece of propaganda and disinformation. In recent times is undoubtedly the 2016 US elections. Donald Trump succeeded in the shaping of his election agenda by spreading disinformation against Hilary Clinton. He successfully managed to keep the spread of his scandals low and managed to keep his core agendas in the headlines as much as possible.

Politics is a sustained campaign of materially misleading political messages.

Used to shape its target population’s attitudes and point of view. To prohibit that individual group from engaging in critical reflection on the policy and political choices they faced.

It managed to leverage basic psychological features of memory and belief formation. That repetition and familiarity do improve recall and credibility. Social media sites heavily manipulate and create the appearance of facts which generated a pool of memes that establishes mutual reinforcement. From images of Clinton among Arabs in a lesser-known country like Morocco. Evoking a generalized suspicion of Muslims. These stories spread like wildfire, reinforcing in-group identity and denigrating the out-group.

Another source of disinformation that has received considerable scrutiny is Russia’s Internet Research Agency (IRA), a “troll factory” propaganda effort (Bastos and Farkas 2019). The IRA came into the limelight in part due to congressional investigations into Russian meddling in the 2016 US elections. Similar to the Macedonian case, journalists have contributed significantly to our knowledge of the IRA via interviews with former employees. Also, academics have conducted several analyses of IRA Twitter activity, which largely corroborate these interviews.

Further investigations on the IRA show that the IRA conducted its work in an industrialized fashion. This meant they had established a division of labor based on geographic targets and proficiency on platforms. Individual operators responsible for creating and operating multiple fake accounts expected a high volume of contributions.

This ranged from fifty to a hundred comments daily on news articles, maintenance of six Facebook pages with three daily posts, to the maintenance of ten Twitter accounts with at least fifty daily tweets. The workers given topics daily on which they would focus and include their keywords. IRA reportedly experienced high worker turnover.

Disinformation and propaganda can spread quickly.

Because, of human and technological media. What is the true extent of it? While researchers have not yet begun to find out its effects. The flow of disinformation and propaganda from online to offline discussion. They have found out the potential for it to set the agenda of legitimate news providers.

While fake news websites are not overly influential over the media landscape. Sometimes they are the sole catalysts that set the issue agenda for biased news sources. In the 2016 election year the media was especially responsive to fake news agenda. Discovered by analyzing a dateset of news-like content pulled from online sources such as Google News, Vargo, Guo, and Amazeen. This reflected that agenda-setting powers matter because they influence issues that capture the public’s attention.

The true persuasive effects of online disinformation and propaganda are most often difficult to study. Some studies are based on observational data to suggest the use of online media sources may drive misunderstood perceptions, but such datasets can sometimes be subject to inaccurate reporting, reverse causation, or unobserved confounds. Online disinformation and propaganda is more often believed. Especially by those who are less likely to do analytic reasoning or previously exposed to misinformation.

The effects of disinformation and propaganda on the preferences of candidates and the effects on electoral outcomes are rarely studied. Looking to the literature on campaign effects may be highly informational. Some researches and experiments show that persuasive effects are only likely to appear in rare cases, for example, when a candidate takes an unusually unpopular stance and opposing campaigns invest heavily in finding persuadable cross-pressured voters.

This rare exception in ad effects identified, however, might similarly suggest situations under which online disinformation and propaganda are most likely to be effective. A disinformation campaign is most likely to be effective if it focuses especially on unacceptable positions, rhetoric, or behavior to a politician and then works to identify and target the subgroups of voters most vulnerable to persuasion.

Why is disinformation and propaganda rarely examined?

This best kept secret is achieving personal gain and controlling the masses.

Studies show that even the elite discourse surrounding fake news sometimes can reduce trust in the media and downgrade the public’s ability to accurately distinguish between real and fake news. These sorts of second-order effects of disinformation in the media deserve a great deal more attention to know more about them.

Each of us has to be individually responsible to prevent the spread of disinformation and propaganda. Even if we are not actively participating in spreading and creating them, we are still being a part of the problem we are sitting idle about them and not addressing them. We can also unite and support organizations that are working tirelessly to stop the spread of disinformation and propaganda and mitigate their effects.