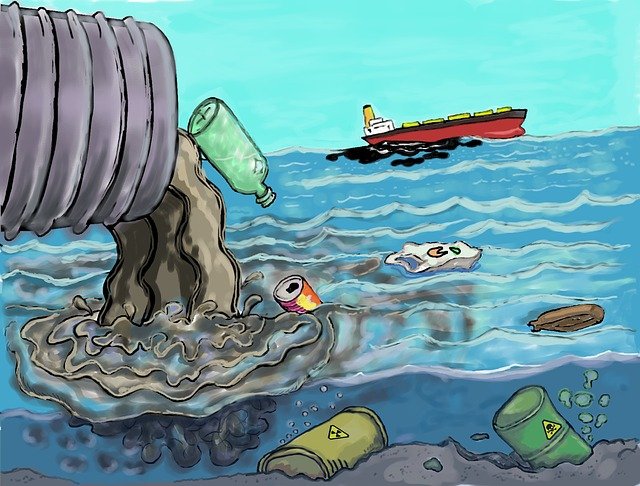 How pollution is standing against our existence:

More than 10 percent of the world’s population is children and millions of children die every year just because of different types of natural pollution. The under-five age mortality rate is the highest. How safe is our future generation actually? Nature is responding to our behavior towards her. What are we doing to prevent pollution?

Let’s see some realities about pollution. The Mississippi River alone carries about a few million nitrogen pollutants each year and making the date zone. Half of America’s inland waters are too contaminated for aquatic life, swimming or fishing. Inland waterways and seawater become polluted from the constant dumping of garbage from commercial ships. When seawater become polluted marine animals and mammals die.

Prevent pollution. More than 100 million people are affected each year. The kind of big changes that are taking place in the ecosystem due to different types of pollution is raising questions about our existence in the future. The average life expectancy of people is declining due to pollution for example People living in polluted air are 20 percent more likely to die from cancer than people living in healthy air.

No little law firm can stand against such power. This is one of the main reasons for not preventing pollution properly. It has become essential to increase the awareness of the people. They need to pressure Governments to deal with this.

Pollution is the biggest problem among thousands of problems in the world. There is no shortage of pollution in the world but some of them are highly dangerous for human existence. Below is a brief description of these significant pollution.

Our environment is endangered. At the root of it, is air pollution. Industrialization has caused this catastrophe on earth. The gas emitted from factories pollute the air. People need fresh air to survive. Air is being polluted with a mixture of harmful substances. The amount of oxygen in the air is decreasing and at the same time other harmful substances are mixing with the air like carbon dioxide.

Many factors have caused oxygen depletion. Deforestation is a major factor. One of the most overlooked is the fact that a few hundred years ago the oxygen content of our atmosphere was 35%. Today it is around 19%. We have had an almost 50% decrease in the available oxygen in the air around us. Oxygen has a tremendous impact on ones health. Our bodies are trying to evolve with less.

Many diseases in the world are caused by water pollution. Water is vital. A blessings given by the Creator. No study exist to show how much water is being polluted. All, under the guise of civilization. Contamination of the water with any toxic substance or contaminated waste makes it unusable for human consumption.

Soil contamination can occur in various ways but two of them are highly noticeable. Throwing chemical wastes into the soil pollutes the soil. Harmful chemicals get released through underground cracks. Crop production is declining due to loss of land fertility and the world is in economic turmoil.

Sound pollution is our daily companion. Unnecessary and annoying noises coming from different sources are constantly coming to our ears. Noise pollution is causing people’s creativity and attention to decline day by day. It is extremely harmful to health and hearing at the same time.

Currently the range of artificial light has increased by almost 2 percent. This excessive light intensity is causing light pollution. As a result, it is having a detrimental effect on the living world. At present most people suffer from eye diseases. Thus, if the number of artificial lights continues to increase day by day, it will become unimaginable to see without glasses for a while. Ultraviolet rays have become our daily companion

Plastics are not perishable. Most of the plastic products discarded last in the environment for ages. Ordinary plastic bags used to carry goods take at least 20 years to degrade in nature. If you don’t do the plastic alternative now, it will not be possible to solve it later and there will be no solution.

Man’s ruthless ax-wielding on various elements of the environment is particularly responsible for pollution. A polluted environment poisons the essential innocent equations of human life. Our negligence towards environment has become our biggest enemy. Let’s talk about how we are polluting the environment and its various components and poisoning the life of the nature.

The world today is a few steps ahead with the touch of modernity. Whenever there is talk of modernity, there is talk of the industry and when it comes to it, the smoke from factories and industries rises in front of us. Who knew modernity would bring us so far. Smoke from fossil fuels is polluting the air to a great extent. The problem is not just in America but in the world as a whole.

Harmful gases get released into the air by industry. We all know that CFCs, or chlorofluorocarbons, are the cause of major pollution. The lack of adequate oxygen in the air is increasing day by day. To prevent pollution this practice must end.

Harmful waste products in factories contaminate water. Dirty waste mixes with water and contaminates it. Pesticides and chemical fertilizers used on agricultural land contaminate rainwater. Contamination caused by bacterial infections destroys the normal quality of water. Oils from different regions contaminate the water. Waste from ships and water used by humans contaminates the water also. If the pollution continues like this, it will be difficult to get pure water in a few days.

Leaving plastics and glass here and there pollutes the land.

Fuel explosion of the tank stored in the underground pollutes the land.

Application of herbicides, pesticides and fertilizers.

Heaps of rubbish on the ground.

Direct disposal of industrial waste to the land.

I once had an acquaintance with a pregnant woman. She was like my friend because of which I had to come and go to her house. One day I suddenly got the news that she had given birth to a stillborn baby. I was in a lot of trouble but I didn’t understand the reason then. Then one day I found out that living in a contaminated area increases the chances of stillbirth and miscarriage. Yes, we are talking about the most dangerous pollution in the world which is air pollution. Nowadays most people are suffering from eye diseases and respiratory diseases, at the root of which is air pollution.

According to Berkeley Lab reports, the chemical mixture causes eye, nose or throat infections when exposed to contaminated air. Complications in the lungs, Bronchitis, Pneumonia, Headaches and various problems can occur as a result of air pollution. Nowadays we often see allergy problems which are mainly due to air pollution. An estimated 6 million people worldwide die each year due to air pollution. Air pollution depletes the ozone layer in the atmosphere and has an impact on the climate. We have to try to prevent pollution like this one from today.

Water pollution is a long-running poisoning of human life. The Water Pollution Guide, which works to reduce water pollution levels, says the long-term effects of water pollution are far greater than the short-term effects. We all know that water is another name for life but in fact pure water is another name for life. Consumption of contaminated water results in many physical reactions in our body. The use of these waters causes skin diseases, typhoid, jaundice or hepatitis. According to scientists, the pollution also spreads inside fish that grow in contaminated water. These harmful substances enter the human body through the food cycle and can cause cancer. At first no one will realize that he is a victim of contaminated water because it effects in long-term rather than short-term.

People have to go out to meet their needs. A healthy man left home for work but came back with a headache, why?

The National Association of Noise Control says street noise can cause hypertension, ulcers, heart disease, headaches or nerve problems. Moreover, the presence of extra noise in the environment can lead to birth defects. Noise pollution can cause blood pressure, breathing problems and even digestive problems. In addition to this, inattention to work, irritable mood and irritability are the result of noise pollution.

In addition, in areas where noise pollution is high, people are experiencing irritable moods, abnormal behaviors, and emotional turmoil. Older people’s memory is declining and frustration is growing among people. Above all, noise pollution will play a vital role in shaping a frustrated nation.

Solutions to pollution or prevent pollution

Things to do to prevent soil pollution:

Things to do to prevent water pollution:

Under the pressure of urbanization, industrialization and growing population, and uncontrolled wastage of water, limited reserves of pollution-free water are rapidly flowing. In this situation, proper use of water and reduction of its pollution is very important.

Air pollution is a silent killer. Every day thousands of people suffer due to the wind mixed with dust which makes normal life unbearable.

Climate crisis has become a very important issue for the present time. We need to work together now to present a beautiful and pollution free world to future generations. In this case, not only if we are aware of ourselves, we have to make aware of those around us.