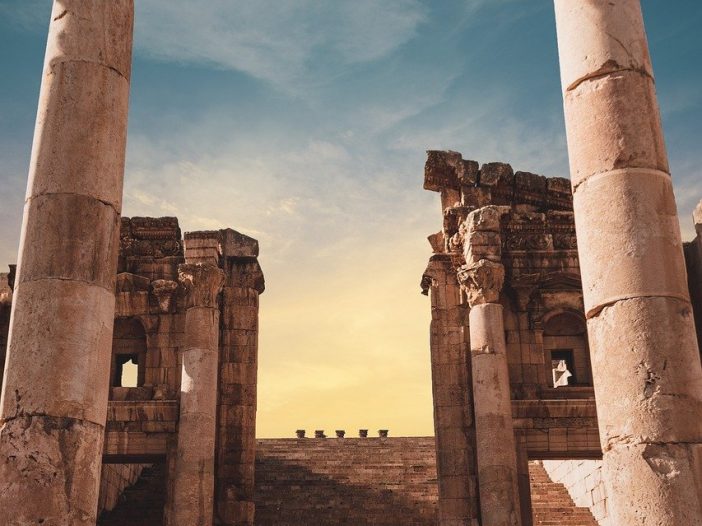 Excavations at Mohenjo-Daro and Harappa have uncovered improved sewerage systems and harbors. Patterns of well-planned roads, burnt bricks, stone temples, cemeteries, and educational institutions have also been found here. The Indus Valley Civilization had a well-organized system of governance and had its own hieroglyphics and writing system. Their garments included cotton yarn garments, sheets, etc. They used gold, silver, conch, and precious stone ornaments, animal bones, ivory combs, mirrors, razors, etc. to adorn the body. There is disagreement as to who founded the Indus Valley Civilization. Anthropological studies have found skeletons of the Australoid Mediterranean, Alpine, and Mongoloid populations here in Prot. According to anthropologists, the Mediterranean or Dravidian group is the originator of this civilization. The civilization is thought to have been destroyed by Aryan invasions around 1500 BC.

According to a common tradition, the name Khabiru or Habiru is derived from Hebrew. Hebrew means foreign, low-caste, or nomadic. According to most scholars, the Hebrew tribe was in Arabia. Their first settlement was in northwestern Mesopotamia. Probably in 1500 BC, a group of Hebrews led by Abraham (peace be upon him) settled here. Later, Ishmael, the son of Ibrahim (peace be upon him), advanced to the west. From that time on, they became known as Israelis.

Hebrew played a major role in shaping Christianity. Hebrew influences two-thirds of the Bible on creationism, the oneness of God, the Creator, the Lord, the Lawgiver, and God’s position as the Absolute Judge. The Hebrews also contributed to the making of laws. Hebrew law was enacted under the influence of ancient Kenite and Babylonian law. Various sections of Hebrew law are known from the Old Testament. Hebrew literature was superior to any ancient literature in the East. The influence of religion was strong in their literature. The Old Testament is basically a collection of various literary works. The Hebrews did not contribute much to science. However, they have made some contributions to the field of medical science. In the Old Testament of the Bible, suffering is called the curse of God.

The Greeks are one of the few nations in the history of human early civilizations to have enviable glory for their glorious past. The Greek name was given to the Romans. Born in Greece include the great poet Homer, Gyantapas Socrates, the unforgettable architect-sculptor Dikpala Ectinus and Phidias, the unrivaled strategists of the political arena Themis, Tacos, Aristides and Pericles, the historian Eristosich, The emergence of philosophers such as Thucydides in this Greek civilization. Its contribution in every field of art, science, history, philosophy, and literature has occupied a significant place in world civilization. The contribution of the Dorians and Ionians, including the Akians, to the development and prosperity of this civilization, is undeniable. By 2000 BC, they were beginning to enter Greece from the northwest.

Between 1600 and 1130 BC, the region of Mikonai, Tyrrhenus and Pils developed into an advanced bronze civilization. Greece was then divided into several independent states, large and small. Greek civilization and culture are inextricably linked with the city-state. This civilization developed first in the Aegean islands, in the Aegean coastal cities of Asia Minor, in Athens, then in the Greek colonies in Sicily, southern Italy. They also had many gods and goddesses. They believed that these gods and goddesses controlled their destiny.

The best period of Greek civilization is the reign of Pericles in Athens, which lasted from the fifties to several decades BC. During this time extreme success was achieved in various fields including science, literature, art, and philosophy. Athens became the seat of this early civilization. The Greeks made the first contribution to the establishment of theater in the field of world civilization, the history of history dates back to ancient Greece. Ales formally introduced Greek philosophy in the sixth century. Pythagoras became immortal by initiating mathematics. Hippocrates freed medicine from superstition and made it stand on a scientific basis.

Roman civilization is one of the richest civilizations in the world. It enriches all the existing states across the Mediterranean region, including Rome, Greece, Carthage, and Palestine, as well as enrich it with its own contribution by assimilating the industrial culture and ideas of the occupied states. The main contribution of Roman civilization to world civilization was the system of political and governmental systems. The city of Rome was founded in the fifth century BC. Over time, the city expanded to include seven high hills at the mouth of the Tiber River. These seven cities were later used to form a single city-state. By 280 BC, the Romans had formed a strong alliance of independent allies of various nations.

Julius Caesar, Pompeii the Great, Augustus, and Tiberius all played important roles in consolidating and expanding the Roman Empire. Concrete was first discovered in Rome. As a result, it was possible to build huge and stylish buildings, arches, and domes. Roman sculptural art is also one of the hallmarks of this rich civilization. The contribution of this civilization is at the root of all the names that doctors write in Latin. Besides, the names of the twelve months of the year are still in Latin. The contribution of the Roman law to the development of the legal system in the mainland countries of the European continent in Italy and the birth of the current world-class Georgian calendar is immense. Roman law is still established in many countries. The Roman Empire fell in 476 AD, with repeated attacks by the Goths, Huns, and Vandals. It was one of the developed among early civilizations.

The first 650 years from 250 AD are considered to be the Classical Period of the Mayan Civilization. At least 40 cities were formed in Mexico, Guatemala, and northern Belize during this time. The country of Belize may seem new to some. At the peak of development, the population of the Maya civilization was about 2 million. Most lived in what is now Guatemala. The cities were actually religious centers. Most of the Maya lived outside the city – in the village, in agricultural life. After the 900th century, the Maya cities of Guatemala were abandoned. The southern cities became depopulated. According to historians, one of the reasons for this is the change in trade routes due to the war.

However, the Chichen Itza, Uxmal, and Mayapan cultures of the Yucatan Peninsula of Mexico continued to develop until 1519. When Spanish looters arrived in Mesoamerica in the 16th century, most Mayans were involved in rural agriculture. Mayara used to cultivate maize, bean, and gourd. The meat includes turkeys, tapirs, rabbits, monkeys, and macaw birds. The Spaniards converted the Mayans to Roman Catholicism. Mayara is still there today. In southern Mexico, Guatemala, and Belize. Although the Mayas today believe in Roman Catholicism, the ancient Maya still observe worldviews, goddesses, and household festivals. Mayara was a believer in many gods. He would have done good or evil to the gods. Itjamana was the chief deity. He is the creator, the god of fire and oven.

Another is the feathered reptile Kukulkan. He is the god of rain and lightning. Its idol has been found in the Upasana of Maya. Mayara was a believer in the afterlife. After death, the dangerous journey of the soul began in the underworld. The god of the underworld is inauspicious. He is the symbol of the god Jaguar. The jaguar is also a symbol of night. Those who have been sacrificed will go to heaven. And those who died at birth. Mathematics and astronomy made unprecedented progress. Of course, the acquisition of knowledge was associated with religious observances.

Using zero in mathematics, Mayara determined positional notation; In astronomy, they could calculate the solar year, the position of the moon and Venus, and even the solar eclipse in advance!

Mayara noticed the rotation of nature for the first time in the history of early civilizations. Was obsessed with time. They thought the universe was created 5 times and destroyed 4 times. Some days of the year are good, some days are bad. Historians once thought Mayara was peace-loving. Remain immersed in religion. After reading the Maya hieroglyphic writing, it became known that they were attacking rival cities. The ruler was imprisoned, tortured, and then sacrificed to the gods! Human sacrifice was at the core of the Mayan religion. Maya priests believed that the gods were nourished by human blood! Blood is the way to communicate with the gods.