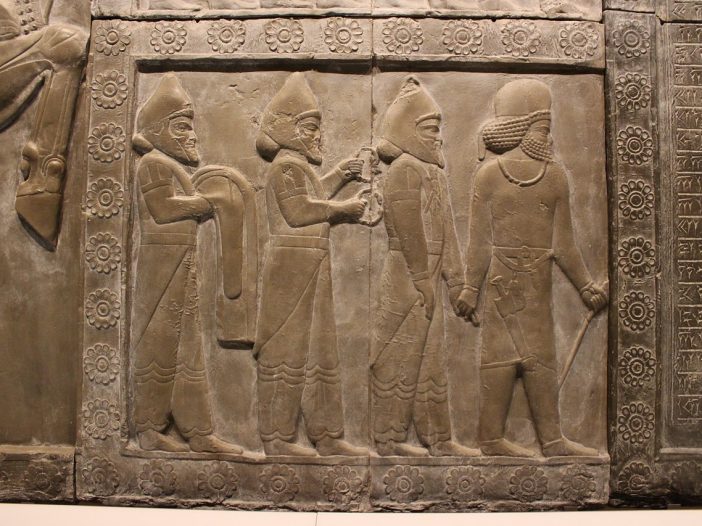 The emergence of civilization in different parts of the world is the greatest achievement of man. As a result of the gradual improvement of civilization, the life of the people has become easier and easier. Today’s modern age has also been made possible by the welfare of civilization. From savagery to savagery and from savagery, man gradually became accustomed to an orderly way of life. Human beings continue to improve the quality of life through their social, economic, and cultural activities. In terms of the special time-period, it is called civilization. In ancient times, many civilizations developed in different parts of the world. We highlight some notable civilizations below.

The antiquity of the world is one of the civilizations. Mesopotamia (present-day Iraq) is located in the Doab region between the Euphrates and Tigris rivers in the Middle East. Between 35,000 and 3000 BC, a very advanced civilization emerged here. This civilization was not unmixed. Sumerian, Babylonian, and Assyrian civilizations and cultures have also contributed immensely to their overall development and nourishment. Wheat was the staple food of the Mesopotamian settlers. They used to call the date palm a ‘life-giving tree’. They used to make flour and honey from dates. In the beginning, they made huts of wetland weeds. Later clay bricks were used for this purpose.

At the beginning of this civilization, as well as the construction of canals, dams, irrigation, and water storage, the use of spades for land cultivation began. Initially, this civilization was based on agriculture and livestock. Technical class people lived in urban areas. By the fourth millennium BC, they were able to master the use of copper, gold, bronze, and later iron. As a result, agriculture and handicrafts developed extensively. Many towns and states, large and small, were formed in the co-operatives of slaves, independent peasants, artisans, and wealthy slave owners. In 4000 BC, an advanced writing system called hieroglyphics originated in Egypt.

They used to write on a type of paper called papyrus made from the marrow of a reed or reed tree. Mathematics was born in ancient Egypt to determine the number of crops. Geometry arose when digging canals, measuring the length and width of the land, measuring the size and angle of the pyramid stones. They are also the first to create a calendar. They started counting the years in the first 365 days. The Egyptians built mummies (pyramids) to protect the corpses of the pharaohs from decay. The pyramids still stand in their glory today. The name of their biggest pyramid is Pharaoh Khufu Pyramid. According to many historians, Mesopotamia is the birthplace of human civilization.

Akkad in the north of Mesopotamia and Sumer in the south. An advanced civilization arose in Mesopotamia around 3500 BC centering on this Sumer. The Asymmetrical Sumerians are the fathers of early Mesopotamia. Around 300 BC, a branch of the Semitic people settled in the Tigris Euphrates Valley (now Tigris-Euphrates). This Semitic branch, which is backward in terms of society and civilization, is the house of the local Sumerians who built houses, irrigated, and above all gained knowledge about the writing system. Although the Sumerians were a civilized nation, they were not able to build a cohesive state system. In fact, all these ancient cities surrounded by Sumerians were completely independent. In every city-state, the king was omnipotent, both worldly and spiritual. However, in the absence of a central monarchy, the states were engaged in bloody conflicts to establish dominance.

The economic structure of Sumerian society was not confined to complexity but simplicity. Trade was the second economic source of the Sumerians. There were two types of trade, domestic and foreign. Private enterprise was encouraged in trade. The Sumerians imported blue sapphires, red stones, and other stones and wood by sea and land. Exported textiles, ornaments, weapons of war, etc. The Sumerians believed in many gods. Their chief deities were Shamas, Enlil, Ishtar, Nergal, and Enki.

An important contribution to Sumerian civilization was the invention of the writing system. The Sumerians introduced the pictographic system around 3500 BC. They divided the year into 12 months, day and night into hours, and hours into minutes. The Sumerians invented water clocks and gold clocks to determine the time of day and night. They introduce 1 day in the first 24 hours and 1 week in 7 days. The Sumerians determined the relative positions of the sun and moon and were able to determine the time of the planets.

The Babylonian civilization is one of the oldest civilizations in Mesopotamia. The Akkadian or ancient Babylonian Empire of Sumer was founded in 2400 BC. Its founder was the first Sargon. King Hammurabi was the best ruler of civilization. Hammurabi was a mighty warrior, organizer, administrator, and compiler of laws. He united the divided city-state. After ruling for about 42 years (1792-1850 BC), he ruled over the whole of Mesopotamia to the Mediterranean Sea and ruled over Asia, holding the title of ‘Sovereign’. During his reign, Babylon’s history was known as the “Golden Age” for not only victory but also strong central rule, economic prosperity, including law. He is known for his extraordinary talent in lawmaking. In ancient Babylon, cuneiform writing was practiced. This method was better than the ‘Hieroglyphics’ method of the ancient mission. The Babylonian language had 300 phonetic symbols.

The Babylonians worshiped many gods. The sun god Marduk was their best god. The famous ‘Empty Garden’ of Babylon is one of the Seven Wonders of the World. The Babylonians were also advanced in industry and commerce. They have made significant contributions to the development and expansion of the glass industry. They had incomparable skills in painting, astrology, arithmetic, and Ayurveda. Their knowledge of the planets and stars had spread far and wide. They calculated the time with the help of sundials and water clocks. Their ideas about lunar eclipses and solar eclipses were also appropriate. In those distant ancient times, the decimal number system spread from Babylon. It was one of the best ancient civilizations of the world.

The Assyrians dominated northern Mesopotamia. They inherited this civilization when the ancient Babylonian Empire collapsed under the attack of the Cassettes. By 1300 BC, the Assyrians had conquered the whole of northern Mesopotamia. Although the Assyrians were largely influenced by the Babylonian civilization, their own contribution to the history of civilization is no less. Impressions are gained in a fluid, global, diffused way, with architecture, sculpture, painting, crafts, and more. The Assyrians first made extensive use of the cuneiform script of Babylon. Later they also used the Armenian language a lot. The Assyrian kings were also conscious of preserving ancient traditions. King Sennacherib built a huge library by preserving mud discs in his capital Nineveh. However, the Nineveh Library, founded by King Asurbanipal, is said to be the first library in Asia. There were more than 22,000 mud disc books.

Most of these are preserved in the British Museum. Religiously, the Assyrians believed in and worshiped many gods. Their chief deity was Asura. Then there was Ishtar’s place. The Assyrians were able to determine the degree of the first circle and determine the latitude and longitude. Their contribution to astronomy is incomparable. They discovered the first five planets and named them. Their advances in medical science, diagnostics, and remedies were also significant. The Assyrians are called the Romans of Asia. Just as the Romans spread Greek civilization around the world, the Assyrians played a similar role in spreading Babylonian civilization worldwide. There was a similarity between the ancient civilizations of the world.

Chinese civilization is one of the oldest and richest riverine civilizations in the world. According to many, it originated in the Tarim Valley on the northwestern tip of China. This civilization developed along the banks of the Huanghe River, crossing the Quendlung Mountains. Evidence has been found that the national people now living in northern China were inhabited by people of their size even in the Stone Age. They used stone knives, arrowheads, axes, and various weapons made of bone. They also mastered the method of weaving cloth and making pottery. Chinese civilization is largely based on agriculture.

The ancient people used to cultivate jab, wheat, paddy, and various vegetables in the fertile areas on both sides of the Huanghe River. They kept different breeds of animals, they also knew the cultivation method of the silkworm. They used it to make strong and beautiful garments. Many fragmented states existed in China until 1000 BC. They are divided by different dynasties and their reigns. In 221 BC, the warring kingdoms came to an end. For the overall success of the war, the great conqueror Shihuang is called the Napoleon of China. It was one of the different ancient civilizations of the world.

To protect the country from repeated Mongol invasions, he built the 4,000-kilometer-long wall, known as the Great Wall of China, one of the world’s oldest seven wonders. Paper and composers were invented by the Chinese in the first century AD. The discovery of gunpowder on Chinese soil before the birth of Christ and the invention of the printing press in the 3rd century AD has greatly contributed to the development of human culture and civilization. Many world-renowned thinkers, clerics, and philosophers have appeared in China.

Notable among them are Confucius, Lao-Tsu, and Sinatsian. Many aspects of Chinese folklore, folklore, and mythology have gained the status of timeless literary works. Ancient Chinese physicians knew herbal and surgical treatments for various ailments and wounds. Chinese acupuncture is still practiced. The religion of ancient China was very disorganized and obscure. Certain religions were not noticed among them. Their religious world was influenced by heavenly, natural, and spiritual influences of all ancient civilizations.