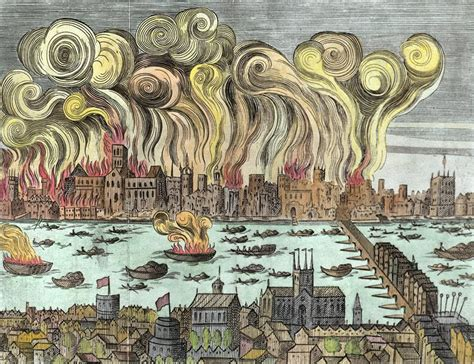 Coronavirus, QinetiQ and the Rothschild Bombshell:

With vast wealth comes much influence. One could say they are our overlords.  The world is in their hands.  We have a world that they have molded for us. Over the centuries, calamities have occurred with frequency. Are any of them there to add to one family’s wealth?

This surely explains history. Realistically, nothing is going to change these dynamic in our lifetimes. As long as war and pestilence create wealth it is something we have to look forward to.

Is it the glory of the royal scam? It is business as usual for these two entities. They have absolute immunity regardless of the projects they choose to entertain. It makes sense; those with the most to gain, bankers would have something to do with it. How has the wealthiest done, since the discovery? The power of 56 countries in the British Commonwealth nations plus the Rothschild’s more than 700 trillion dollars in assets pre-Covid reserves. It is the ruling fortune of the universe.

Some were at the ready with vaccines and some weren’t. Some got some and some didn’t. Who profits, the pharmaceutical industry, and the banks? Those that wheel the must power could have pull this off, since they are the wealthiest and most powerful pair in the world. War and pestilence to create wealth scam. How does one profit from both sides of war by providing financing.

They control the media with the Council on Foreign Relations and global security with alliances everywhere. The pandemic created much wealth for those in banking and producers of vaccines as countries scurry for financing to cope.

When you combine the wealth of the Rothschild family and influence of the Royal Crown of the Commonwealth of the UK the chances are endless. With their loyal following of nations around the world it is an ideal way to distribute a virus discretely as a royal scam.

This virus has sophisticated markers that rules out the corona virus origins coming from any species.  This royal scam certainly was manufacture in a lab with the purpose of reducing the population for the elderly, diabetics, those with low immunity and who are overweight.

Social Security agencies around the world have benefited from this population reduction as those previous pensioners die.  One in five of those who have contracted the corona virus have Long Covid a version of the virus with many more aliments unknown to the medical community.

War and pestilence scam overtime will boost the medical communities and pharmaceutical industry’s profits. This is the ideal engineered virus for creating big profits for the medical industry and WHO likes it for the publicity and influence it brings. If

this was just a war and pestilence wealth producing scheme, I wonder how many came before it. Was the Spanish Flu, Polio or AIDS created in these same laboratories? What’s next for us in their search for even more wealth?

This “inequitable conduct” in patent legal terms is fraud and invalidates the claim while the world fights this British-American Pilgrims Society-inspired emerging pandemic, in our opinion. See THE PIRBRIGHT INSTITUTE, Co. No. 00559784. (Jan. 07, 1956). Certificate of Incorporation and related records. Companies House (UK).

Queen Elizabeth II is the long-time Patron of the British-American Pilgrims Society (1902-present). Sir Henry Solomon Wellcome pharma-propagandist-spy was a Pilgrims secret founding member along with Winston Churchill, propagandist John Buchan & the Daily Telegraph and Daily Mail’s Lords Burnham and Northcliffe. See The Pilgrims Society of Great Britain, United States, Profile Books, London (2002,2003) (Jan. 2002, p.1: “As Patron of the Pilgrims it has given me great pleasure to support the unique contribution which the Society has made to Anglo-American relations over the years.” (Source)

The British Crown and the C.I.A. teamed up treasonously via QinetiQ Group Plc controlled by the Monarch.

Lord Pirbright (Rothschild) and his banker cousins at N.M. Rothschild & Co. were godfathers of the 2nd Boer War concentration camps (1899-1902) to drive the French, Dutch and Germans out of South Africa.

These Privy Council and Parliamentary records have been discovered after much difficulty and missing documents. (Source)