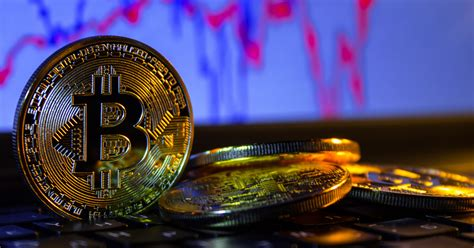 Has the US dollar moved beyond its own usefulness compared to Bitcoin?

What is your favorite word? – If anyone asks me this question, my answer is – Money and Money. Money is the sweetest word in the world. Those of you who have started reading this blog will probably agree with me, right? Whether it’s sweet or not, the importance of money in our lives is undeniable. That’s probably why our ancestors used metal objects first as money as early as 5000 B.C. for exchange. Historians believe the Lydian make the first coins to exchange in the western culture around 700 B.C. Soon, other civilizations and other countries began to mint their own coins with specific values.

The people of that time used various expensive metal products as money to buy and sell goods and for business purposes. This metal currency (such as – gold coin, silver coin or diamond) has gradually changed in the evolution of time. Paper money gradually took the place of gold and silver coins. The United States issued its first paper money on March 10, 1862. An act of Congress made 5$, 10$ and 20$ bills legal on March 17, 1862.

In the age of modern civilization, almost everything has become modern. Types of business, business transactions, and buyer-seller relationships have all become modern now. Even paper money is also possible to transact online platforms and mediums. So, if everything has a digital version, what could be the digital version of paper money? And yes, this is where we might talk about cryptocurrency. So, why was cryptocurrency invented? The most probable answer is – a global financial crisis occurred in 2008 and someone invented a way for people to control their money themselves. People don’t need to rely on companies, banks or governments and their fees and controls. A digital decentralized cash system has been created, named Bitcoin and after that it is becoming more popular day by day dollar vs. bitcoin.

The main idea behind the establishment of this mobile currency was to enable clean, cheap and quick online payments. No need to use traditional banking systems. Bitcoins gained in popularity when Bitcoin price jumped from around 580 U.S. dollars. The market of capitalization of cryptocurrency increased dramatically in that time. There are two kinds of cryptocurrency that may be known to you. Bitcoin and Altcoin (non-Bitcoin). Altcoin is actually another cryptocurrency, such as – Ethereum, Tether, Litecoin, Polkadot etc.

Now, the most expensive cryptocurrency is Bitcoin. Price of Bitcoin is 37017.01 USD and the number of Bitcoins in circulation worldwide is 18.5 million. Share of global Bitcoin ATMs located in North America is 89.4% and even the number of block chain wallet users worldwide is now 64.52 million. 2% of Americans currently own Bitcoin. Now, what do you think after knowing the position of the most popular virtual currency? Will digital currency replace paper money? Dollar vs. Bitcoin.

Bitcoin is a cryptocurrency system. Then what is cryptocurrency? It is an online version of cash or a virtual currency. It was invented by a person or a group or an entity named Satoshi Nakomoto in 2008. Implementation of Bitcoins released in 2009 as open-source software.

Bitcoins can be used in order to buy products and services. There is no central bank or single administration to control the flow because of its decentralized system. This system is working without any kind of intermediaries. Bitcoin can be sent from user to user on the peer-to-peer network. Probably, you have a question about safe transactions if you don’t have any clear idea about this digital cryptocurrency. A blockchain is created for record in a public distributed ledger and network nodes verify all transitions through cryptography.

How does Bitcoin work?

Bitcoin is depending on a block chain. This block chain works as a shared public ledger in the entire network. All transactions must be confirmed in the block chain. Bitcoin wallet calculates users’ spendable balance so that it can easily verify and ensure that the balance owned by that spender.

The legal status of this virtual money, Bitcoin varies from state to state and is still not defined or changing in many of them. Bitcoin is approved as a legal coin in the U.S., Japan, the U.K and most other developed countries from February 2020. China still restricts Bitcoin. Even India banned any kind of dealing or transaction on banks about Bitcoin and unclear the legal status of crypto currencies like Bitcoin. So, if you want to know the legality of Bitcoin, you must have to look at Bitcoin laws in specific countries and their states. There are also some conditions where Bitcoins are not treated as currency but also as a property. It is not considered legal tender generally.

Why is Bitcoin better than conventional currency?

Fiat currencies or conventional currencies have been around for thousands of years. Bitcoins just came ashore a decade ago. There are also other digital currencies trying to take their place in the market but most of them cannot exist, at least six months. In that case, Bitcoin already established a great confidence among people that may not be lost in the blink of an eye. There are some reasons to show how Bitcoin is better than fiat currency which is a physical medium of exchange.

If you want to talk about centralized money, you have a lot of options with fiat currency. Government authorities and banks are always in control of fiat currencies. But Bitcoin is above the laws and regulations of any government because of decentralization and that means more and more security of the investor’s money.

Bitcoin can be used across all corners of the globe without going through any conversion process. It is kind of a common money like English is a common language in different states and different countries in the world. It provides an open market. As mentioned earlier in this discussion, Bitcoin and other digital currencies can be used as property which has financial values. If you have gold you can sell it to any country or bank as their policy. Like gold, you can also sell your Bitcoins. Dollar vs. Bitcoin That’s how you can call Bitcoin a digital gold.

Duplication of cash may not be easy but it can be duplicated and there are lots of examples of duplication of US dollars. On the other hand, it is not possible to duplicate Bitcoin. It is followed by block chain technology and that gives security for the safest transaction.

The paper money can be forged at any time the government feels the need to. This is a serious disadvantage for all the conventional currencies. The more they produce, the more chances there are to create a fall in its value. 21 million units are the fixed cap for Bitcoin. The meaning of it is the value of Bitcoin may not be affected by the total amount that is circulated around the globe.

But there are some difficulties with Bitcoins. A lot of customers, mostly the older ones, are not interested in this kind of digital currency. Many small businesses don’t prefer digital payment with this digital coin and insist on cash. And the most important one is banks and this kind of business organization is a slow mover and they aren’t all that tech-savvy and cannot give any kind of definition to transact cryptocurrency.

Is Bitcoin more valuable than the dollar?

Bitcoin prices recently increased as much as 12% to a record high of $40,394.87. It helped to climb the value of the crypto currency market topped above $1 trillion for the first time ever. Rival of Bitcoin, Ethereum also hits its highest in two years above $1200.

Bitcoin is mentioned as the largest cryptocurrency by market cap, and the most widely used.

Inflation and the lowering purchase power of the dollar is a major disadvantage.

Photo: Purchasing power of the Dollar Since 1970

Congress is willing to talk of passing another stimulus bill of nearly $1 trillion which is aimed to help coronavirus sufferers. Around 50% of the world’s total supply of US dollars had been printed in 2020. While there are still certain people suffering from a lack of jobs and businesses are shutting down, the increase in money supply has significant long-term implications for the purchasing power of the dollar vs.bitcoin.

This stimulus spending has led many to fear far greater inflation rates and rightfully so. There are few assets that are considered as stores of value.  As an example we can mention precious metals like gold or other things that have a limited supply to be the most common assets. If we want to take gold as an example, is it possible to declare how much exists to mine? We cannot verify the amount of gold in existence. This is where cryptocurrency (Bitcoin) differentiates itself. Bitcoin is written into its code how many will ever exist. It is possible to verify with certainly how many exist now and how many will exist in the future. This is the way Bitcoin, the only asset on the planet that humans can prove has a finite and fixed supply.

In Investopedia’s Express podcast with editor-in-chief Caleb Silver, Michael Sonnenshein, a board member of the Grayscale Bitcoin Trust, said: “The amount of fiscal stimulus that has been injected into the system in the wake of the COVID pandemic to stimulate the economy and get things moving again, I think has really caused investors to think about what constitutes a store of value, what constitutes an inflation hedge and how they should protect their portfolios.”

Will Bitcoin end the dollar’s reign?

US officials had a plan to respond to print dollars in limitless quantities without undermining its reserve currency status to the COVID-19 lock downs. But crypto currencies price has more than quadrupled since March, making it one of the hottest investments of 2020. Many people bought Bitcoin in bulk. Moreover, little enthusiasm is shown in the mounting deficits by the US and other major governments using dollar vs. bitcoin.

Money printing will still go on, even when the pandemic passes. As a medium of exchange, dollars may be replaced by Bitcoin. Though many small businesses don’t like digital coins to transact, there are also some businesses that have started to use Bitcoin in international trade. It is particularly seen in countries where dollars can be hard to come by (such as Nigeria) or the local unstable currency region (Argentina). Even PayPal also has a plan to start a campaign to accept Bitcoin as a payment.

Bitcoin could and has a great possibility to replace the U.S. dollar as the world’s reserve currency. It has already met with some important progress in the market. Currency works as a medium of exchange that has a store of value and a unit of account. Analysts have declared their doubts that Bitcoin can be the future money for us because it could fulfill the key roles where the USD has failed. The US dollar has moved beyond its own usefulness compared to Bitcoin.

The surge of Bitcoins may still prove to be a bubble, but even if it pops, cryptocurrencies should serve as a warning to government money printers everywhere, particularly in the United States. Traditional currencies are not the only stores of value or medium of exchange that people will ever trust. The alternative of these conventional currencies gains its trust speedily.